BTX A is what many people know as “Botox”, and is by far the most popular aesthetic beauty treatment in the world. It is also the single most effective in erasing lines and wrinkles, and has a wide range of other uses.

BTX-A is in fact one of the greatest advances of medicine. Apart from its use as a softening wrinkle treatment, it can also improve the contouring and shape of various facial features.

What can BTX-A be used to treat?

The muscles causing the undesired wrinkles and lines in the face are injected with Botox through a micro-needle. In time, these muscles relax as a result of Botox blocking the nerve impulses from reaching them. Once those muscles freeze, the overlying skin relaxes, while other surrounding active muscles pull on the area, actively erasing any visible lines.

It can be used to treat various types of line and wrinkles on the face:

‘Baby’ Softening Wrinkle Treatment is one of our favourites. It combines the traditional Botox treatment (see “Wrinkles” below) with a Mesotherapy technique to achieve soft and younger looking skin.

It can be used to treat various types of line and wrinkles on the face:

Bruxism, or “teeth grinding”, is a condition that occurs as a result of an individual clenching their teeth, unconsciously, either at night or during the day.

You may not necessarily be aware that you grind your teeth. However, if you find that you experience unexplained pain and discomfort in your head and/or jaw, or excessive wear on your teeth, it may be worth seeing your dentist. Consulting your dentist can prevent the pain from worsening, but also from developing further oral health problems.

Teeth grinding and bruxism symptoms can managed with the administration of Botox to the masseter muscles.

BTX-A can also help in the shaping and contouring of the face in various areas:

If you experience chronic migraine symptoms, we might be able to help. Some of these may include:

By injecting Botulinum Toxin A every 12 to 16 weeks, we can temporarily paralyse key muscles in the forehead, neck and shoulders. By reducing the strength of those muscles, Botulinum Toxin A can help alleviate the pain and discomfort caused by migraines.

Excessive sweating can be very socially restrictive and embarrassing.

In the case of hyperhidrosis, Botox is blocking the nerve impulses from reaching the sweat glands. This can be to sweat glands located in various areas around the body, such as underarms, hands, and feet.

The improvement of sweating is usually around 80%-100%, and should last between 6-12 months.

Unconscious grinding of your teeth can cause an excessively wide, or “squared” looking jaw.

Jawline reduction is a specialised technique that is used to reduce the width of the jawline, making it a more attractive oval or heart-shaped face.

Botox is carefully administered to the enlarged masseter muscles (the muscles used for chewing). The Botox selectively weakens the muscles over time, leading to an overall reduction in its size.

How does BTX-A work?

The muscles causing the undesired wrinkles are identified; the ingredient is injected through a tiny needle. Within two weeks, the targeted muscle begins to relax, as nerve impulses are intercepted.

Can BTX-A be used in combination with other aesthetic treatments?

Yes, depending on the patient’s age, it can be used with other skin rejuvenation treatments, and there will no side effects.

When BTX is administered one-week before treatment with dermal fillers, it actually prolongs the effects of augmentation.

BTX is a natural toxin released by a living bacteria cell (Clostridium botulinum). It was first noted in the early 1800s, but it wasn’t until the early 1980’s that Dr Alan Scott used it for medical purposes – as a cure for crossed eyes. However, he made an accidental discovery. A new and revolutionary softening wrinkles treatment.

Since then, BTX has been used for an array of medicinal purposes, including neurology and dental purposes.

Although we use a tiny needle, you may experience some discomfort. The discomfort may also come from the patient being nervous about needles. Application of ice packs to the area prior to injection reduces the pain of the procedure and the incidence of bruising.

How long do the effects last?

The average patient reports that the effects of Botulinum last between 3-5 months. However, this is dependent on the patient’s body.

Given that it is a natural byproduct of a bacterial, once the protein stops functioning at the neuromuscular junction, it is broken down into its harmless amino acids and, either, recycled for use in other proteins or excreted by the kidneys.

Are there any side effects?

There are no serious side effects. However, redness or bruising at the site of injection is common, and can be reduced by avoiding blood thinning medications (i.e. aspirin) for 10 days prior treatment. 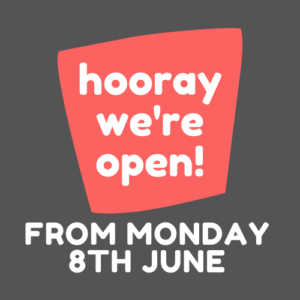